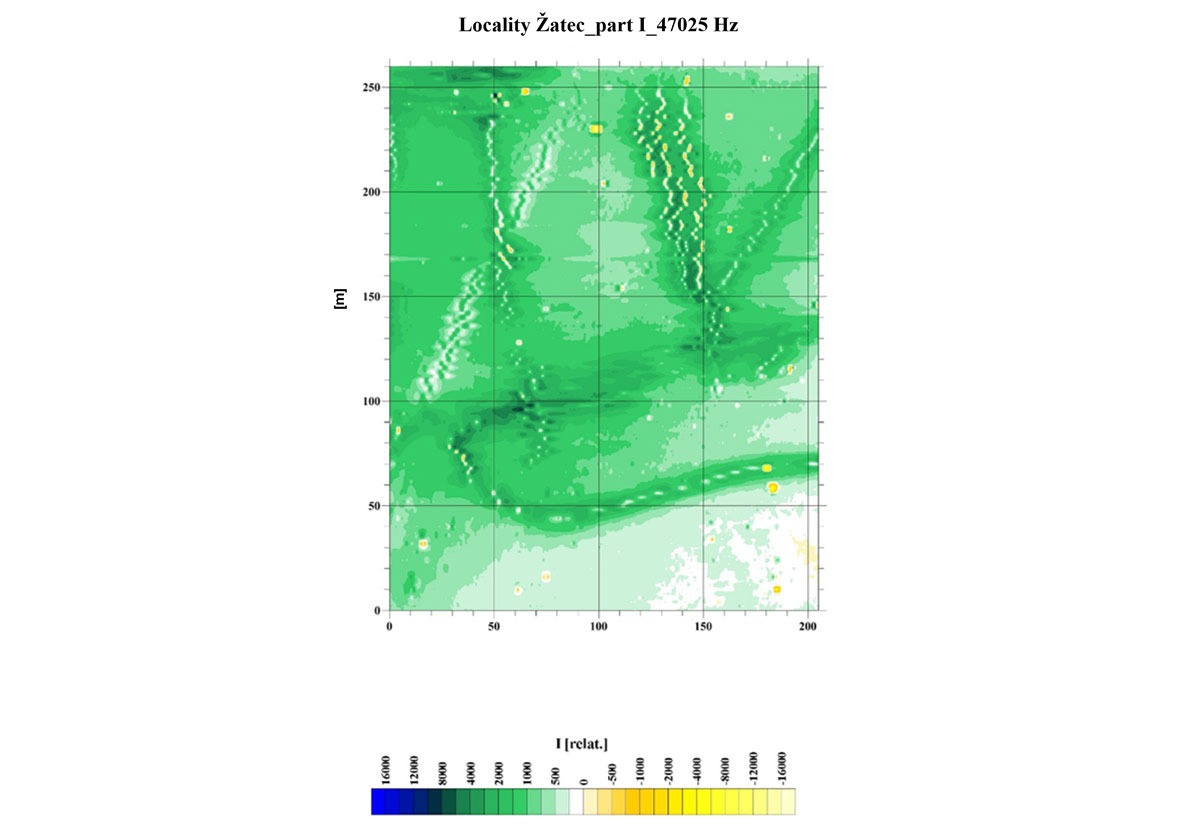 The presence of dangerous objects was not proven in the examined area, but the DEMP method captured significant traces of travels of heavy construction machines modifying the original terrain.

Goals of the project:
The investor was considering buying land in the industrial zone and wanted to get to know the quality of the place better. Due to the fact that this is an area of interest in the former military area (airport), it was necessary to pay increased attention to the issue of the possible occurrence of old, ground-covered ammunition or the occurrence of buried underground objects. The assigned task was solved by the method of electromagnetic dipole profiling (DEMP) in the variant with the GEM-2 device. The presence of ammunition or old foundations of buildings was not detected.

We have vast experience particularly in the fields of engineering geology, civil engineering, hydrogeology, economic geology or in solving environmental problems.